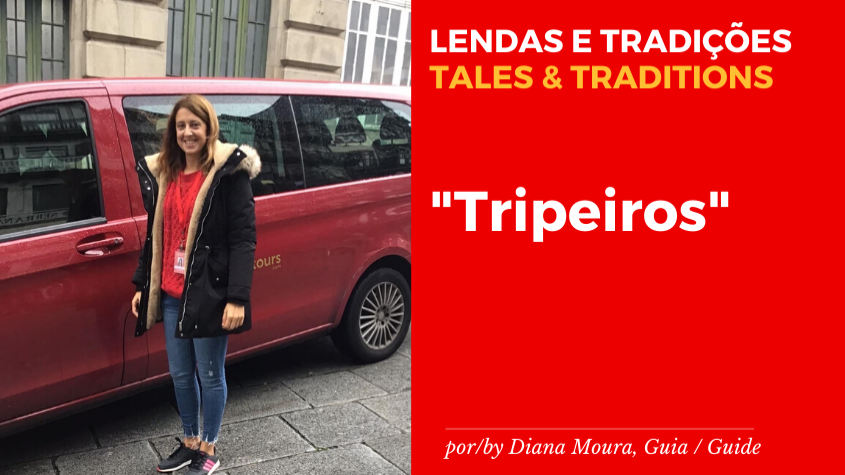 Tales & Traditions - The Origin of the Nickname "Tripeiro"

The origin of the epithet “tripeiro”

There are several versions for the origin of the nickname “tripeiro” for a person from Porto. One of them is related to the intense involvement of the city in the preparation of the expedition that resulted in the conquest of the city of Ceuta, at the beginning of the 15th century and that started the Epic of Portuguese Discoveries.

In the year 1414, the King D. João I, decided to secretly organize an expedition to Ceuta, with the objective of conquering the North African city. To do this, he needed a robust armada, which he entrusted with his two sons to organize. Infante D. Henrique was supposed to architect the vessels to the north, on the Douro River, and Infante D. Pedro, to the south, on the Tagus River.

King João I knew that he could count on the help of Porto, with which he had, for many years, a very special relationship. Infante D. Henrique, born in Porto, was also a very dear person to his countrymen and his arrival was a reason for celebration for the entire population. Although the purpose of the high number of vessels that were being built was unknown, the entire Port surrendered itself frivorously to the project, which absorbed a significant part of the city's activity for months. While many struggled to build the vessels, in the shipyards next to the Douro, others prepared the provisions for an abundant fleet. Thus, they gave much of what they had, namely the meat, which after being cleaned and salted, was stored on the ships.

The armada, made up of dozens of ships, set sail from Porto on June 10, 1415, taking many Portoese on board. A few days later, the meeting with the fleet organized in the south by Infante D. Pedro took place, and about a month later, the purpose of the expedition was successfully achieved, thus conquering Ceuta.

When supplying the fleet with the meat they had, the inhabitants of Porto were left with only the offal, namely the “guts”, and were then forced to invent alternatives to feed themselves. Thus came the dish of “tripas à moda do Porto” which ended up becoming one of the most well-known Portuguese dishes and also one of the most characteristic elements of the city of Porto. Thus, with him, the nickname “tripeiros” was also born for the natural people of the city of Porto, who accepted it with honor and pride.

In 1960, a bronze monument erected by Lagoa Henriques was built next to the old Ouro shipyards, by Lagoa Henriques, as a thank you to the people from Porto who built, equipped and supplied an armada for the conquest of Ceuta, at the request of Infante D. Henrique. In this sculpture, between two human figures, a piece of green meat is represented, remembering that only the guts remained in the city. The inscription reads: “FLEET OF THE INFANT / CEUTA 1415 / À GREI (To the people) who gave him Provision Ships and embarked on it. Porto 1960 ”.