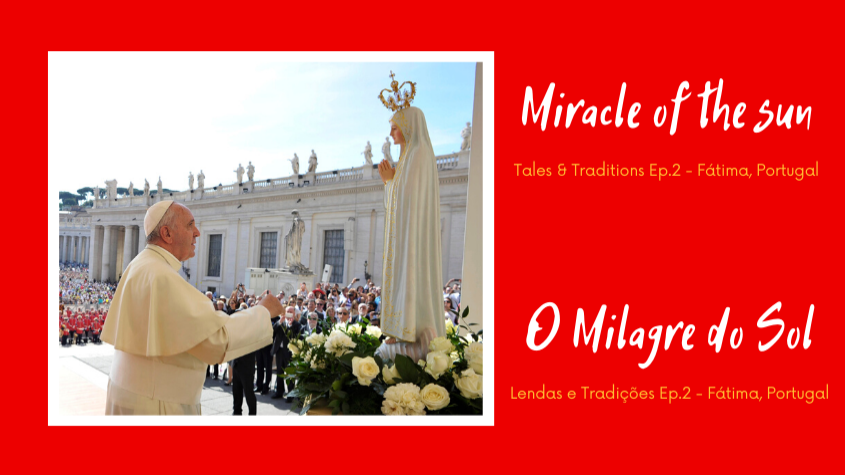 Miracle of the Sun - Fátima, Portugal

Because it is a country with centuries of history, which since its origin has been influenced by the Catholic Church, Portugal, it has thousands of different legends linked to Christian faith and belief.

The most well-known and certainly the most important in the history of Portugal is the legend of Fátima, best known for the Apparitions of Fátima or Milagre do Sol.

Today, May 13, the Day of Our Lady of Fatima is celebrated. We let you know a little of the legend that leads us to this celebration today.

On May 13, 1917, 3 young shepherds, Lúcia, Jacinta and Francisco, aged between 10 and 7 years old, claimed to have seen “a lady brighter than the sun” on a holm oak, while grazing her flock in a place called Cova da Iria, close to the village where they lived in Aljustrel. This apparition of the Virgin Mary was repeated in the following months until on October 13, 1917, this apparition presented itself as being the Lady of the Rosary and as the bearer of an important message to the world.